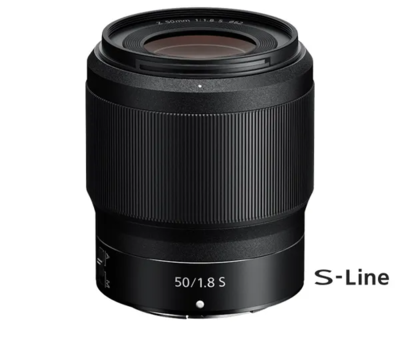 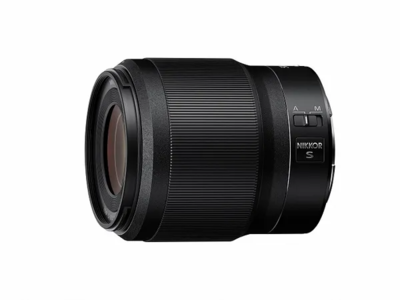 50mm prime. An icon. Visionary perspective. Versatile focus depth. Capable of delivering striking, decisive images in nearly any light. Ideal for all manner of videos. The definition of a "go to" lens. It should be no surprise that Nikon chose the 50mm to be among the first of a new generation of superb NIKKOR Z lenses. And in doing so, have achieved a 50mm f/1.8 unlike any before it.

A 50mm f/1.8 like no other
Performance that totally defies expectations
Empowered by the Z system's larger mount, shorter flange distance, raw imaging power and video capabilities, the NIKKOR Z 50mm f/1.8 S will redefine your notion of what a 50mm f/1.8 lens can do.

Unfathomable sharpness
The sharpness achieved by this 50mm is nothing short of staggering. Z Mount delivers even lighting from the center of the frame to the far edges. No need to stop it down—it's equally sharp at f/1.8 as it is at f/2.8.

Unwavering autofocus
Powered by an ultra-quiet stepping motor and enhanced by the additional light gathered by the Z Mount, focusing is fast, silent and accurate. Great for stills; even better for video.

Aberration free zones
New levels of aberration control. 2 Extra-low Dispersion (ED) and 2 Aspherical (AS) lens elements plus Nano Crystal Coat for virtually zero flare, ghosting, coma or chromatic, spherical and axial aberration, even at the far edges of the frame.

Beautiful bokeh
A 9-blade rounded diaphragm and f/1.8 aperture combine with the larger mount and shorter flange distance to produce a stunning round bokeh—even at short focus distances.

The front line of an imaging revolution
Next-generation Z design and optics
Z lenses, perfectly matched to Z camera bodies, are designed with a sense of consistency that combines reliability and beauty with next-dimension optical performance for freedom in image creation.

Durable & lightweight
Extensively sealed against dust and moisture, especially around all moving parts of the barrel. Compact, lightweight and ideally balanced on a Z camera.

This product comes with a 12 month manufacturer's warranty.

This feature is designed as an indicator only. Our stock levels are changing constantly and from time to time stock could go missing, get stolen or become faulty/damaged meaning this may not be 100% accurate. We do however endeavour to keep this as up to date as possible. We recommend calling ahead to your preferred store to confirm before ordering.

Please note the delivery fee covers delivery only - installation is not included.

Please note delivery drivers are unable to enter your house.

The easiest way to calculate freight cost when viewing an item is to click the "Calculate Freight" link and then enter your postcode. If you are ordering multiple items, often there will be a freight saving - the total freight cost will be displayed at shopping cart time.
Please note the delivery fee covers delivery only - installation is not included.

This product is brand new and in-stock with one of our preferred suppliers and will ship directly from them. If ordered before 2.30pm North Island deliveries can be delivered the next business day and South Island deliveries will be the second business working day. If stock is unavailable from Auckland and is dispatched from Christchurch timeframes may be extended. Due to the impact of COVID-19 delivery timeframes may be longer than expected.