Owned and operated by the Heathcote family since 1946

Heathcote Appliances has been owned by the Heathcote family since 1946. The original store based in Morrinsville sold a wide range of appliances and supplies to the local community.

Heathcotes has continued to grow over the years to 4 Appliance stores, a certified appliance service department and a specialised air conditioning/heat pump installation and service team. Heathcotes employs around 100 staff across all aspects of the business.

Heathcotes have a large-format store in Hamilton City as well as The Base (NZ's Largest Shopping Centre) in Te Rapa. Heathcotes also has stores in Morrinsville & Te Awamutu.

The Technology Continues to Change - Our Service Level Remains the Same

Heathcotes have been selling appliances for over 70 years. In that time the technology has come and gone; so have our competitors. We have always prided ourselves on the level of knowledge, advice and service we can give our customers. If at any time you require help you can either email us or call us during business hours on 0800 432 842 and we will be happy to provide advice.

Heathcotes Morrinsville branch took out “Retail Store of the Year” (Up to 400m2 of showroom area) at the 2017 Wares Awards. A great reward for a hard-working team and home of the original Heathcotes store.

Heathcote's The Base has also been judged “Large Retail Store of the Year” at the 2013, 2014 and 2016 Wares Awards. The Base team are honoured to have received this award three times and we congratulate our staff at our Base Store for their great effort and work.

In the 2013 & 2014 Consumer survey, Heathcote Appliances was voted number one in New Zealand for customer service. Survey results showed that 85% of our customers rated the service they received as being "good" or "very good". This is the third year Heathcotes has featured in the top group of retailers nationwide, however it is the first year we have had the privilege of receiving first place. Our aim as a company is to provide our customers with the best possible service and we are extremely proud and honoured to have been recognised in this way. 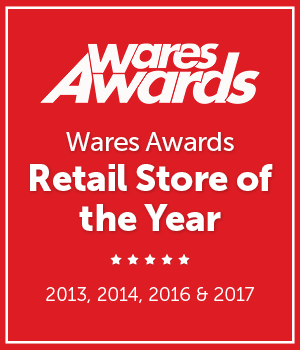 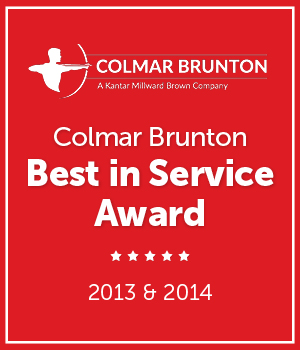